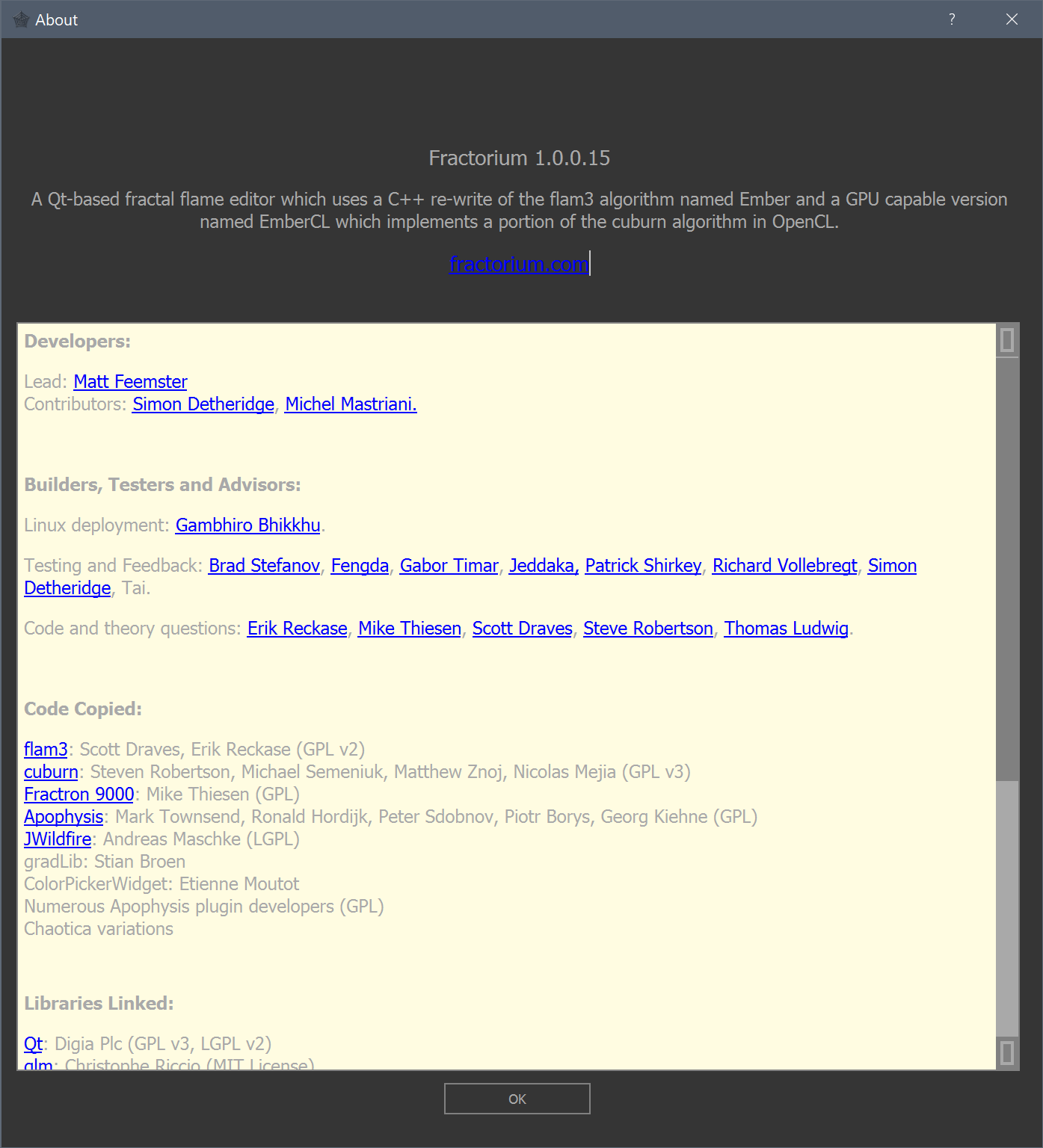 The top text shows the version, program description, and link to this site. Following that are five sections which give acknowledgements.

I am forever grateful to those whose work enabled me to do this project. I would have never been able to get this far without first using their work as a springboard.

We all stand on the shoulders of giants.

The main people who wrote this program and continue to maintain it.

Portions of code from these open source projects were copied and pasted directly into various parts of this project.

List of libraries which were compiled as-is and linked.

Icons from these sets were used throughout the program. They were all made to look gray to have a consistent look.

Palettes were obtained from various places and included with the installer.